When you saw or read the story of Cinderella, who did  you cheer for? Was it the poor servant who was given a chance at love?

Or was it the fairy godmother who made it all happen?

How about Pinocchio? Did you cheer for the boy made out of wood, or did you want more screen time for the blue fairy who performed a miracle for the boy to live?

And Sleeping Beauty? In the Disney movie, the three fairy godmothers stole the show with their comic relief. 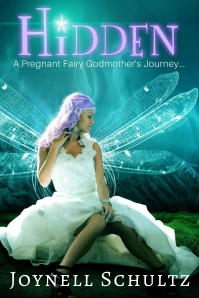 Last November, I published a quirky fantasy book about a pregnant fairy godmother who ventures to the forbidden human world to find her child’s father (Hidden: A Pregnant Fairy Godmother’s Journey…) I didn’t think too hard as I wrote it, just having fun along the way, creating places like Prosthetics-R-Us, meals like platapus eggs and meatloaf, and a character who said Dibbity, Dobbity, Doo!

This story was a much needed break after finishing  novel that I struggled with for nearly a year (The Secret Lives of Superhero Wives.) It’s only novella length (about 30,000 words) but tells an entire story.

As ridiculous as this story was, it was my fourth published story and the first one that my 13 year old daughter read. (I had to promise her there were no swear words in it!) Hidden was never meant to have any other stories in this world, but after my daughter finished the story, she kept asking me to write the story of Ciera (my main character’s) baby.

Well, I’m leaving the story of Kamda (Ciera’s daughter) to my own daughter to write (she’s about 3000 words into the story,) BUT I did write another story in the Fairy Godmother Universe.

Because you can’t have too many fairy godmothers! 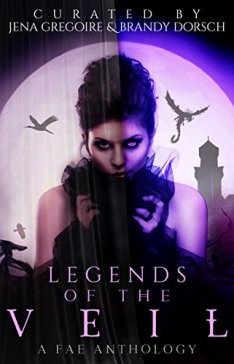 My newest addition to the Fairy Godmother World is titled Trapped: One Fairy Godmother’s Impossible Love… It’s less quirky, but just as fun. It’s another novella length work that’s currently only available in the Legends of the Veil anthology. Once again, I wrote it as an escape from a current project (The Angels of Sojourn Series.)

This novella tells the story of Mila, a fairy godmother who’s been in love with Lincoln, a human, since she was six. Now, nearly twenty years later, this human is getting married, and Mila finds herself faced with an impossible decision.

This story stands alone and you can read it independently of Hidden.

I’ll give my daughter a year to come up with the story of Ciera’s daughter, Kamda…if she doesn’t finish it, I’ll be writing it when I need a break from whatever project I’m working on. In the mean time, I’m busy planning a Christmas story and plotting out a new series involving something a little different for me…aliens. 2 thoughts on “You Can’t Have Too Many Fairy Godmothers!”