So, I said I’d never write a novel again. I said I’d never put myself through those hours of pouring out my thoughts only to be left with a 100,000 word piece of crap that I couldn’t even show to anyone because it stunk. At least that’s what I have been telling myself for the past 10 years since finishing my first (and only) novel. (And I have confirmation it stunk. I sucked up as much bravery as I could and put the first few chapters through an online critique forum. The reviewers confirmed I didn’t know how to write – I was crushed and completely gave up on writing for years.)

Well, now, I find those thoughts changing. Ten years is enough to make you forget, right? In January, I wrote a short story that I struggled to keep as short as possible – and it still turned into 10,000 words! I again pulled my courage and submitted it for review the same online critique forum. This time though, I had generally positive feedback with multiple people telling me I should expand it into a novel.

So there lies the dilemma. I have an idea that people would like to see expanded. I do have more story in my head that I could expand it… But struggle with putting the time and effort in to creating something that is terrible again. Writing is fun though, right?  I love the way a story comes together, and when I get an ending that works – the feeling of accomplishment makes me keep going.

Despite my dread of the longer piece of fiction, In February I still found myself plotting out scenes, conflict, and characters.  Almost as if the story wanted to be told.

And now, I can’t help but write a scene a day from the story… Perhaps in 100 days, I’ll have a novel on my hands. 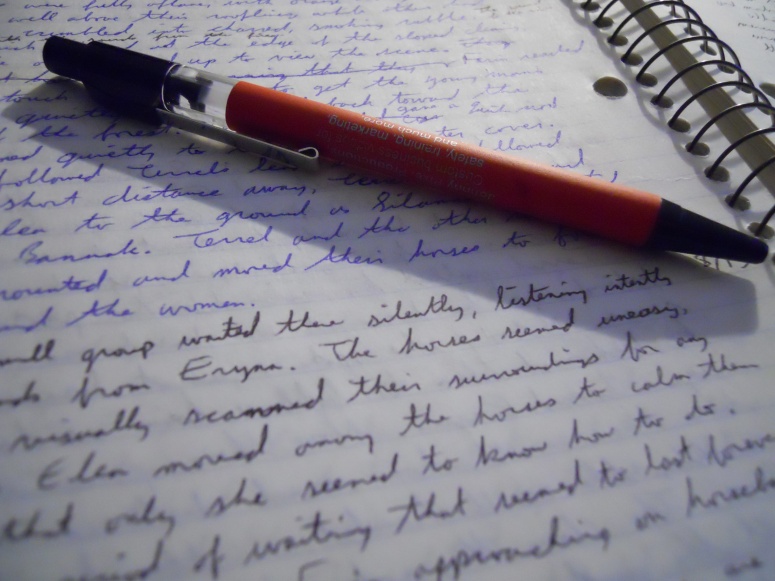 14 thoughts on “I’ll Never Write Another Novel! (I thought)”