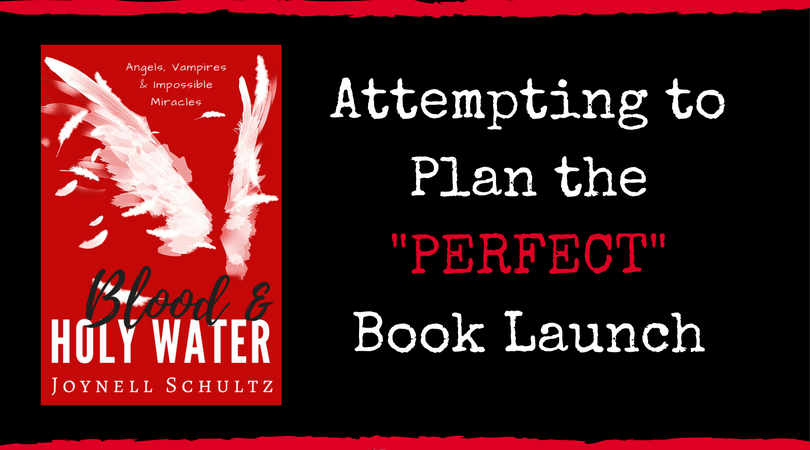 In my post nearly a month ago, I asked, “Is there such thing as a perfect book launch?” You can get caught up by reading it HERE.

My newest novel, Blood & Holy Water, launched April, 4th. I had done a ton of research on successful launch techniques and devised the best launch I was capable of.

I promised to circle back and let you know how it went.

After everything I did, here’s what my sales graph looks like for this novel for the past 3 weeks. It was priced at 99 cents for most the time. The first chart (in red) is number of units sold and the bottom chart (in blue) is Kindle page reads. (Each page read equates to about half a cent of revenue.)

My key points I’m taking with me to my next launch:

The bad stuff: Do I really need bad stuff?

I still didn’t break even with money…but again, it’s still cheaper than many other hobbies…cheaper than a latte every morning.

Pre-publishing Costs: $335 ($105 of this was spent towards trying to find a cover I liked. I used fiverr, bought photos, etc because I just couldn’t find something I was happy with. This is part of the reason I’m leaning towards finding my own graphic designer for future novels…2018 goals.)

Publishing Promotion Costs/Advertising for Launch Week: $167 (I accidentally book an extra promo site for $40, as I thought I had been denied and forgot about it.) Next time: only $100!

I probably overspent on the launch…just like I did with my Kindle Countdown deal for Love, Lies & Clones. Oh well…it’s an experiment. Now, when The Secret Lives of the Superheroes’ Wives is ready to publish this fall, I’ll be one step closer to the “perfect” launch.

Thanks for sharing in my journey.